The Most Evidence Based Spinal Healthcare Protocol 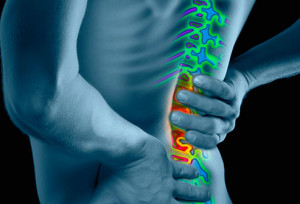 For decades, the standard medical protocol for back pain is drugs or surgery. Yet medicine claims to be “evidence based” and many in the establishment are quick to report that Chiropractors are quacks and that nothing we do is based on evidence. So let’s take a moment and look at some of the evidence for spinal treatments.

“Although there are multiple surgical options for the treatment of CLBP (chronic low back pain), there is currently insufficient evidence on which to draw any firm conclusions as to their effectiveness on clinical outcomes.  Lumbar fusion for common degenerative changes appears to offer limited relative benefits, if any, over intensive non-operative management. Disc arthropathy appears to offer approximately the same outcomes as fusion in the short term, whereas long-term risks of artificial discs in young patients remain unclear. There is no convincing evidence to support the use of dynamic stabilizatin devices in the management of CLBP.“2

These are just examples from 2 respected journals regarding surgery for back pain. There are so many more. The literature shows the same ineffectiveness for medications as well.3 On the other hand, Does Chiropractic have any evidence to support it’s effectiveness?

“The most comprehensive and detailed independent examination of chiropractic ever undertaken was in New Zealand in 1978/79. The Commission’s 377 page report, Chiropractic in New Zealand had obvious authority and balance. It followed judicial hearings then extensive investigations by the commission in New Zealand, The United States, Canada, England and Australia. By the end of the inquiry we found ourselves irresistibly and with complete unanimity, drawn to the conclusion that modern chiropractic is a soundly based and valuable branch of health care in a specialized area neglected by the medical profession. The commission, answering the basic question before it, recommended that there be government funding for chiropractic services.“4

This subsequently happened not only in New Zealand but also in Australia, England, Canada and Sweden.

“For patients with common or mechanical back pain and neck pain/headache there is now a change from extensive diagnostic testing, rest, medication for pain control and surgical intervention based on structural pathology as in traditional medical practice, to exercise, manual treatments, early mobilization of patients and education about the spine and lifestyle, based on functional pathology as in traditional chiropractic practice. This management approach is not only effective but highly cost effective.“4

Question: Why are you under Chiropractic Care?

Do you want to feel better right away?

Enter your info below and get our FREE e-book, 12 Ways to Naturally Heal Your Body

Message and Data Rates May Apply

Made with by Application X